I recently asked an acquaintance, “How are you doing?”

“I am in a state of complete confusion,” he replied.  “In just the last six months, we have opened a new territory, restructured my division, upgraded our computer system, and my long-time assistant has retired.  I’ll be so glad when things get back to normal.”

The irony of my acquaintance’s statement, of course, is that his condition is pretty normal.

Changes in the workplace are so prevalent that they should not cause surprise.  As one manager said, “We don’t have programs on overcoming resistance to change; we just assume that managing and adjusting to changes are an understood part of the job.”

Should you feel blown about by the turbulence of continuous change, look for ways to make your job easier.

If the change is legal and ethical, support it. It is not necessary for you to like the change; and it is likely that some employees will resist—no matter what.  Don’t spend all of your time explaining the benefits.  Everyone already knows what they are—to make things better, faster and cheaper.

Do try to remove as many “unknowns” as you can and enjoy the ride.  Your team will embrace the changes more quickly and with less stress.

Two employees from different departments were talking about their new managers.

“I know our new manager is smart and knows computers, but he is very young and pretty green.  He has a lot to learn.”

The friend responded, “Our new manager looks young enough to be my grandson but he has fit in really well.  Even our long-time employees respect him.”

When managing employees who are older, it is safe to assume that some of the old timers may be resentful and skeptical.

The manager in the first example made an early assessment of changes he wanted to make and he got management’s support.  However, when he presented his ideas to his team, many become doubtful and reluctant—he came across as insensitive and impulsive.

The second manager interviewed all his employees and got to know them as individuals.  He let his team know that his top priority was to ensure their success and well-being.  He asked many questions and when good suggestions emerged, the manager gave proper credit.  The youthful manger often used phrases like “What do you think?” and “How can I help with that?”

While young leaders cannot outrace time, they must earn their team’s respect. 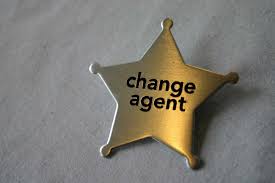 An engineer said to an employee, “I think it might reduce our assembly issues if you washed the parts in a cleaning solution prior to attaching them. What do you think?”

“I’ll get the correct cleaning solution for you; and if you don’t mind, try it for a few cycles and let’s see if it helps.”

In another case, an engineer suggested to an operator, “I’ve made some slight adjustments in the design of these attachments. They are going to work a lot better for you.”

The operator, handling the new attachments like the hot end of a branding iron, clumsily affixed them to the part. The result was a failed inspection. “It doesn’t work,” the operator reported, seemingly pleased about the failure.

Both requests were similar but there was a casual, give-and-take between engineer and employee in the first example. The second was a more direct, authoritative requirement.

When attempting changes, even minor ones, interpersonal relationships between change agents and others frequently trump facts and figures. While title, position, and expertise are important; the ability to rapidly affect changes hinges on the degree of trust and respect earned by the change agent.